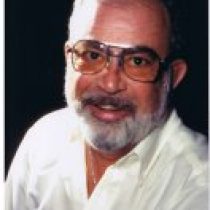 Robert H (Bud) Norton, 85, a 56 year resident of Holliston since Dec
1958, passed away March, 1, 2015. Born in Newton, he was the son of the late Dr. Hermon and Doris (Berry) Norton, and was the eldest of four. He is survived by his beloved wife Virginia (Murray) Norton of Uxbridge.

Bud, also known as Bob, graduated from Newton HS in 1947, studied Mechanical Engineering at Massachusetts Institute of Technology, member of Lambda Chi Alpha, and was conferred Masters in both Financial Management & Financial Sciences
from American College. He was a Chartered Life Underwriter, Chartered Financial Consultant, and a life member of the Million Dollar Round Table. He founded Norton Financial Consultants in 1978 helping clients until his retirement in 1993, when he passed ownership to his daughter, Christa.

In 1949, he enlisted in the US Army reserve, trained in artillery and meteorology, attained the rank of Master Sergeant, and retired honorably in 1964. An avid bridge player, he was a regional Director for the ACBL leading tournaments throughout New England for many years. He founded the Holliston Duplicate Bridge Club, and a similar club in Natick. As a talented player, he earned his Bronze Life Master Designation in 1993 and continued this avocation right up to the time of
his passing.

He was a co-founder and first President of the Holliston Father’s Club, a pre-cursor of the current Holliston Parent Teacher Student Association providing funding and program support to students. Elected to two terms of Holliston’s Town Finance Committee he was a fiscal conservative advocating prudent spending on infrastructure growth and a quality education system.

For many years he was a lector and Eucharistic Minister in service to Holliston’s St. Mary’s Parish.

Visitation will be held on Monday, March 9th from 4-7p.m. at the Chesmore Funeral Home of Holliston, 854 Washington St.
www.ChesmoreFuneralHome.com A funeral Mass will be celebrated on Tuesday, at 11:00a.m. in St. Mary’s Church of Holliston. In lieu of flowers, contributions in his memory may be made to St. Mary’s Parish of Holliston, 8 Church St. Holliston, MA. 01746 or Central Service A.A. 12 Channel St, Suite 604, Boston, MA 02210