The Chesmore Funeral Home was founded in 1941 by Henry A. Chesmore. It operated out of Henry’s parent’s home on Franklin Street in Holliston. In 1941, Henry was drafted and served with the U.S. Army in WWII until 1945. While deployed, Henry’s parents, George and Edith Chesmore were given a permit to run the business in his absence. In 1948, the funeral home moved to its current location at 854 Washington Street in Holliston. Henry retired in 1995 after 53 years of service. He passed away in October 1997.

Robert Chesmore (Henry’s nephew) grew up in Holliston and attended Holliston Public Schools. He began working with his Uncle Henry in the funeral business at the age of 12. In 1977, he opened the Robert L. Chesmore Funeral Home of Hopkinton on Hayden Rowe St.; where it is still located today. In 1995, Bob purchased the Holliston funeral home from his Uncle Henry. At that time he renovated and expanded the Holliston facility.

In January 2009, Robert’s son, Keefe, became owner and president of both the Holliston and Hopkinton funeral homes. Robert is now fully retired and enjoys 7 months out of the year in Maine.

Having been brought up in the funeral business, Keefe assisted his father, Robert Chesmore, in the family run firm for more than 25 years. Keefe grew up in Hopkinton and attended Hopkinton Public Schools. In 1994, he graduated with a degree in Mortuary Science from New England Institute. In January 2009, Keefe became the sole owner of both funeral homes. He resides in Hopkinton with his wife, Andrea, and their two sons.

Although Andrea holds degrees in Education and was a former teacher, she has taken some time away from teaching to raise her two sons and help with the family business. Andrea enjoys working alongside her husband, Keefe, and handles a lot of behind the scenes work such as writing obituaries, creating memorial videos, and communicating with families…just to name a few! 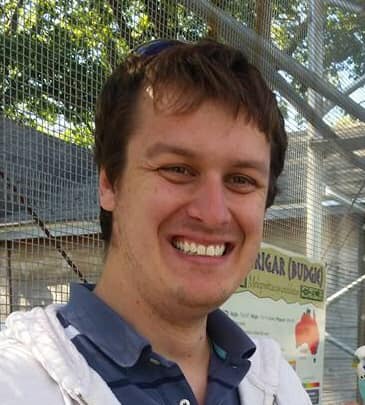 Nathan Price joined Chesmore Funeral Home in September 2018. Nathan’s funeral experience comes from working in both large and small funeral homes in Massachusetts and Maine. He is a graduate of the Funeral Institute of New England, and also holds degrees in psychology and medical biology from the University of New England.  Nathan was formerly of Marshfield, MA and Fryeburg, ME; he currently resides in Holliston with his wife, Katherine.