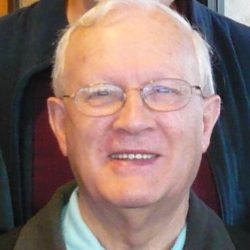 Rev. Antonio (Anthony) Lalli, s.x., a member of the Xavarian Missionary Fathers, passed away on Friday, December 3, 2021. Born in Castiglione Messer Marino, (Chieti) Italy, he was the son of the late Francesco V. Lalli and Eleonora Maria Verna.

Rev. Tony’s ordination to Missionary Priesthood was January 22, 1966. He began his priestly service in Holliston as a teacher of history and librarian at the Xaverian Missionary Fathers High School Seminary. In 1975, he was missioned to Brazil, where he served in the Diocese of Abaetetuba along the Amazon River, as well as in the archdiocese of San Paolo. He returned to the USA in 1992 and returned to Holliston, where he served as Director of Our Lady of Fatima Shrine, Editor of the Xaverian Newsletter, chaplain to the Knights of Columbus in Millis and chaplain to the Brazilian and Portuguese communities of Hudson, Milford and Framingham.

Rev. Tony is survived by his brothers, Arnaldo of Springfield, Frank and wife, Janet of Worcester, and Remo and wife, Tondra of East Longmeadow. He also leaves behind sisters- in-law, Teresa of Feedings Hills and Christine of Springfield; many nieces, nephews, grand-nieces, grand-nephews; as well as the many confreres of the Xaverian Missionary Fathers here in the USA as well as in Brazil where he served for many years. He is predeceased by his brothers, Michelangelo and his wife, Margarita, Sergio, Natalino and Luciano (Tina).

Visitation will be held on Sunday, December 12th from 2:00-6:00 p.m .at Chesmore Funeral Home of Holliston, 854 Washington St. www.ChesmoreFuneralHome.com A funeral Mass will be celebrated on Monday, December 13th at 11:00 a.m. at  Saint Mary’s Church of Holliston. Burial will follow at Saint Michael’s Cemetery in Springfield. In lieu of flowers, donations may be made to Our Lady of Fatima Shrine- Xaverian Missionaries, 101 Summer St, Holliston, MA 01746.