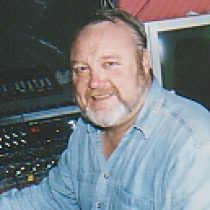 William Carson of Holliston – 59, died Sept. 2, 2002 at his home, following
a long illness.
Born in Glasgow, Scotland, he was the son of the late William and Jean
(McGuinness) Carson, Sr.. He was the husband of Mary (Casey) Carson.
Mr. Carson was an entertainer and band member.
He had been involved with the founding of the Irish American Partnership,
was part of the group and helped with fundraising concerts, he was a member
of the Antique Car Club of America and the New England Divers Club.
Beside his wife, he is survived by his daughters; Nancy and her husband
Victor Mazzaro of Ashland, Deirdre and her husband Charles Sanzone of
Northboro, Fiona Carson of Holliston, brother; Robert Carson of Glasgow,
Scotland, sisters; Jean Fullager of Glasgow, Scotland and Margaret Ashley of
England.
A mass of Christian burial will be celebrated on Friday, Sept. 6 at 10:00
a.m. at St. Mary’s Church, Washington St., Holliston. Burial will follow in
Lake Grove Cemetery, Holliston. Calling hours, at the Chesmore Funeral
Home, 854 Washington St., Route 16, Holliston, will be Thursday from 4:00 –
8:00 p.m.
Donations in his memory may be made to Hospice, 85 Lincoln St., Framingham,
MA 01702