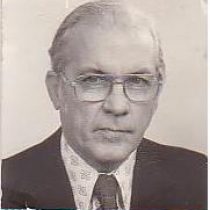 Holliston – Walter E. Pope, Sr., 88, died Saturday, December 11, 2004 at
Blair House in Milford after a long battle with Alzheimer’s.
He leaves his wife of fifty-eight years Mary A. (Walsh) Pope.
Born in Waltham, he was the son of the late Daniel and Anna (Begley) Pope.
A veteran of W.W.II he served in the submarine service as a senior chief
torpedo man aboard the USS Cuttlefish.
Mr. Pope moved to Holliston in 1948 where he started Pope’s Indrustrial
Park. In his youth he played semi-pro hockey and semi-pro baseball.
He was a member of the 200 Club, New England Medical Hospital donor and
St. Mary’s parish in Holliston.
He is survived by his wife, Mary (Walsh) Pope, son, Walter E. Pope, Jr. of
Holliston, step-son Ronald King of Nevada, daughters, Carol Yerardi of
Framingham and Nancy Briggs of Medway, many grandchildren,
great-grandchildren and nieces and nephews.
A mass of Christian burial will be celebrated Wednesday, December 15 at
10:00 a.m. at St. Mary’s Church, Washington St., Holliston. Burial will
follow in St. Patrick’s Cemetery, Natick.
Visiting hours, at the Chesmore Funeral Home, 854 Washington St., Route
16, Holliston, will be Tuesday from 5:00 –
8:00 p.m.