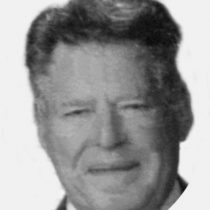 He was born on October 19, 1926 in Framingham, son of the late Olive Pearl (Jean) and Walter Sewell Varnum.

Raised in Hopkinton, he served as a 3rd class petty officer, drill instructor and squad leader in Okinawa for the Sea Bees during World War II. Known for his ambition and hard work, he was a very well known general contractor, builder and heavy equipment operator. In his spare time he enjoyed spending time with his wife, traveling, gardening and household projects.

A memorial service will be held at a later date. Arrangements are under the care of the Chesmore Funeral Home of Hopkinton. www.ChesmoreFuneralHome.com Contributions in his memory may be made to Friends of the Hopkinton Seniors, 28 Mayhew St. Hopkinton, MA. 01748.