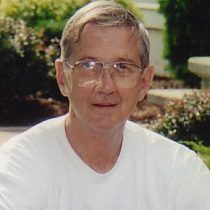 Richard Alan Davis, 70, of Hopkinton, died Saturday, May 31, at Brigham and Women’s Hospital, Boston, MA. He was the husband of Betty Davis to whom he was married for over fifty years.

Born in Akron, Ohio, then residing in Hopkinton, MA. For over 34 years. He served the Hopkinton School Committee and helped start the Hopkinton Youth Commission.

Richard was a Korean War Veteran. Her served in the US Army Intelligence as an interpreter from 1952-1955.

Visiting Hours will be held on Tuesday, June 3, 2003 from 4-8pm at the Chesmore Funeral Home of Hopkinton, 57 Hayden Rowe St. Services will be held on Wednesday, June 4, 2003 at the Woodville Baptist Church in Hopkinton at 11:00 am. (Rt. 135) In lieu of flowers please send donations to the Dana Farber Cancer Institute Cancer Research 44 Binney St Boston, MA 02115