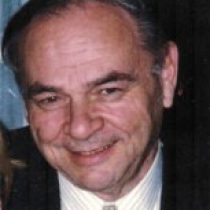 Paul Davidson Rowles, 78, of Holliston, passed away Friday, October 9, 2015. Born in Providence, RI, he was the son of Dorothy (Bishop) and Raymond Rowles. He was the husband of 54 years to Deidre (Sheahan) Rowles of Holliston.

A Boston University alumni and an athletic alumni, Paul had been the athletic director and health teacher in Holliston for 30 years. He was a Coach for the Holliston football and track teams and Holliston earned the Dalton Award for 10 years while under his leadership as the athletic director. The football team went to the Superbowl three times. Nicknamed “Big Fella,” he had been the Track Coach of the year and the Athletic Director of the year. Paul was one of the founders of the Holliston Athletic Booster’s Club. He was a member of the Massachusetts Athletic Director’s Association as well as the Holliston Lion’s Club.

Besides his wife, he is survived by 5 children, Paul D. Rowles Jr. and his wife Pamela of Holliston, Heather McKenzie and her husband Michael of Duxbury, Bethany Doherty and her husband John of Braintree, Tanya Rowles and her husband George Dyer of Vicenza, Italy, and Nichole Camp and her husband Cyrus of Honolulu, HI. He also leaves behind his brother, Raymond H. Rowles of TN and his sister, Gale Rowles of Narragansett, RI; 10 grandchildren, Taylor Rowles, Michael, Colin, Alexander, and Madison McKenzie, Drew, Jack, and Ava Doherty and Oliver and Ireland Camp.

Visitation will be held on Wednesday, October 14th from 4-7p.m. at the Chesmore Funeral Home of Holliston, 854 Washington St. www.ChesmoreFuneralHome.com A service will take place in the funeral home on Thursday, October 15th at 11:00a.m. In lieu of flowers donations may be made to Citizen’s Scholarship Foundation: Robert McGrath President H.S.F., 17 Hemlock Dr. Holliston, MA 01746