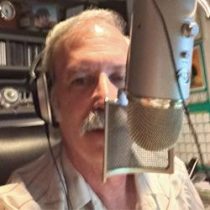 *Please wear a mask during your time at the funeral home

Mark J. Schultz, 69, of Holliston, passed away on Sunday, August 1, 2021 at Milford Regional Medical Center. He suffered acute respiratory failure, attributed to over three years of pancreatic cancer that affected his lungs and liver. Born in New York City, he was the son of Sydelle (Braunfeld) Schultz of Holliston (formerly Hartsdale, New York), and the late Irwin Schultz. He was the beloved husband of 34 years to Judith (Boisse) Schultz of Holliston.

Mark is predeceased by his brother, Neal Schultz of North Kingstown, Rhode Island.

Besides his mother and his wife, Mark leaves behind his son, Dylan Schultz of Holliston. There were quite a few yelling matches through the years, but that would only bring each of them closer to one another. Many of Mark’s memorable moments were the fun trips with Dylan, enjoying the smile on his face as he explored and learned with each new adventure. They enjoyed trips to their little place in Center Conway, New Hampshire, as well as trips to Disney, Sesame Place, Boston Science Museum, Turks and Caicos, Canada, and especially Amish Country and Hershey, PA, where they stayed in a treehouse! Mark was so very proud of the man Dylan has become!

He was a 1970 graduate of Woodlands High School in Hartsdale, New York. He graduated from Bentley College in 1981 with a BS in Management. Mark began his career in as a credit manager. After working several years at IDG, he transitioned to magazine management and sales at Computer Currents. He further developed his advertising sales career at several local newspaper companies as well.

Mark was a member of the Holliston Finance Committee for 16 years. He enjoyed serving his town and building long-lasting relationships with those he met along the way. In addition, he worked as a town employee at the polls on election days. Most recently, he served as a substitute teacher at Holliston High School. Mark enjoyed skiing, swimming, golfing, politics, playing guitar, Facebook, and spending time with friends and family. Additionally, he was an amazing musician and lover of music and radio. That love became a driving force behind the internet radio station, Mark Skin Radio, where Mark was a founder and mentor starting in February of 2013. As a DJ, he didn’t just play songs during his On the Record broadcast. He crafted every show as a virtual audio play, with underlying themes, fun facts, zany news and special breakaway segments. His humor, grace, talent and voice will continue to be heard in the many station IDs that he wrote and produced.

Visitation will be held on Sunday, August 8 from 2-5pm at the Chesmore Funeral Home of Holliston, 854 Washington St. www.ChesmoreFuneralHome.com Please consider mask use during visitation hours. Black attire is not necessary unless black is your thing! In lieu of flowers, Mark’s favorite charities were No Kid Hungry and Doctors Without Borders.