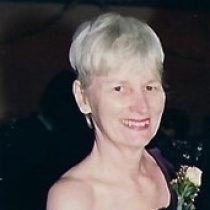 Subscription
Hopkinton-
Marilyn June (McKay) Armstrong, 89, died in Hopkinton, MA, on Friday, May 1, 2020 from
complications of COVID-19 and Alzheimer’s. Born in Butler, PA, on June 23, 1930, she was the
only child of the late Hildegarde E. (Zimmermann) Fredrick and Orville B. McKay. After her
father died, she moved with her mother to Sheboygan, WI, where she attended Sheboygan
High School. She went on to graduate from the University of Wisconsin-Madison with a BA in
Journalism. She met and married her first husband, Robert Wilvers, in Milwaukee, WI, and
became the proud mother of two daughters. Robert Wilvers was an artist, and Marilyn wrote
several articles about life in Wisconsin illustrated by her then-husband. The articles were
published in the Ford Times. They moved to New York City and eventually divorced.
Later, Marilyn married David Armstrong and became a devoted stepmother to his four children.
Three months before her death, she and David celebrated fifty-one years of marriage. Even in
the late stages of Alzheimer’s, she never forgot her David, whom she still called “Duck,” an
affectionate nickname from the early days of their courtship.
On weekends, the family often traveled to North Chatham, NY, where they bought a house.
There Marilyn taught herself how to restore rocking chairs and tackled other do-it-yourself
projects, constantly teaching herself new skills. She did all this while keeping six active kids and
one husband happy and healthy. Later, David and Marilyn retired to North Chatham. Marilyn
was active even in retirement. She spent hours on her computer exploring a wide variety of
interests, such as gardening. On weekends and holidays Marilyn and David welcomed family
and friends (and their many granddogs) to innumerable barbecues in the gazebo by the creek
(bratwurst from Wisconsin was almost always on the menu). She loved vacationing on Cape
Cod in the summer with her family, riding bikes on the rail trail, drinking a hearty scotch and
soda with olives; she especially loved seeing the Cape’s famed blue hydrangeas in bloom. She
and David became certified Master Gardeners, growing magnificent gardens that people would
stop to see from spring through fall. For relaxation, Marilyn loved sitting in one of her restored
rocking chairs by the Franklin stove, reading mystery novels, watching birds at the feeder, and
doing crossword puzzles.
Marilyn loved many things but mostly she loved being surrounded by family and friends. She
enjoyed dancing with her daughters to classic Allan Sherman records during the holidays and
laughing over old family jokes. She welcomed all friends of the family with great warmth. She
had a gift for making everyone feel included.
Besides her husband, Marilyn is survived by two daughters, Roberta (Wilvers) Solomon and her
husband, Robert, of Napa, CA, and Tracy (Wilvers) Cassidy and her husband, Paul, of
Hopkinton, MA. She also leaves behind four stepchildren, Emily Armstrong of Delran, NJ,
Malcolm Armstrong of Brooklyn, NY, David Armstrong of Columbus, GA, and Sydney Armstrong
of Chicago, IL; three grandchildren, Aidan Cassidy, Noah Cassidy and Temesgen Armstrong;
brother-in-law and sister-in-law Ray and Arlene Wilvers of Wappingers Falls, NY, and three
nieces and their families.
Private interment will be held in New York at a later date. In lieu of flowers, donations may be
made to the Alzheimer’s Association. Arrangements are under the care of the Chesmore
Funeral Home of Hopkinton, www.ChesmoreFuneralHome.com