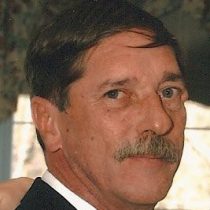 John W. Robbins, 58, of Southborough, died Monday, November 16, 2009 in
Northborough. Born in Framingham, he was the son of Walter and Claire
(McIntyre) Robbins of Woodville.

John grew up in Hopkinton and was an Eagle Scout. He was a member of the
Woodville Rod and Gun Club and was a Southborough resident for 30 years
before moving to Northborough.

He is survived by 1 son, John W. Robbins Jr. and his wife Stacie of
Northborough, a daughter, Kimberly Walsh and her husband Daniel of
Southborough, a brother, Gary Robbins and his wife Laura of New Boston,
NH; 3 sisters, Linda Morales and her husband Billy of Hopkinton,
Deborah Robbins of Woodville, Bonnie Wright and Greg Wright of Woodville. He also leaves behind 3 grandchildren, Zachary Robbins, Nicholas Robbins, Jared Walsh. He was also anxiously awaiting the arrival of his fourth grandchild in March of 2010.

Visitation will be held on Wednesday November 18, 2009 from 4-8p.m. at the
Chesmore Funeral Home of Hopkinton, 57 Hayden Rowe St.
www.ChesmoreFuneralHome.com A funeral service will take place on Thursday
at 10 am in the funeral Home. Burial will take place at a latter date in
Evergreen Cemetery. In lieu of flowers, donations in his memory may be sent to Dana Farber 14 Prospect St., Milford, MA 01757