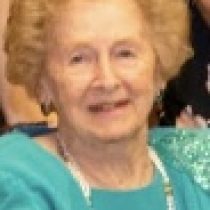 Jean M. DeToma, 88, Holliston, passed away on Wednesday, March 9, 2022. Born in Boston, she was the daughter of the late Anna (Goetkint) and Ralph Arrigo. She was the wife of 64 years to the late Angelo “Bill” F. DeToma.

A longtime Holliston resident, Jean was a member of Saint Mary’s Catholic Church in Holliston. In her younger years, she had worked at Cutler and Andrew’s schools in Holliston. Most importantly, Jean was devoted to her family. Her entire world was focused on being a wife and mother.

Visitation will be held on Friday, March 18th from 5:00-8:00 p.m. at the Chesmore Funeral Home of Holliston, 854 Washington St. A funeral Mass will be celebrated at 9:00 a.m. on Saturday, March 19th at St. Mary’s Church of Holliston. Burial will follow in Lake Grove Cemetery, Holliston. In lieu of flowers, donations may be made to the National Kidney Foundation 209 West Central Street Suite 220 Natick, MA 01760or kidney.org