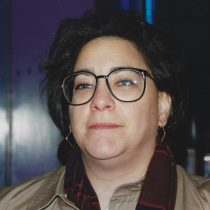 Janet Fiedler, 72, of Holliston, passed away at her home on Saturday, December 4, 2021 following a battle with lung cancer. Born in New York, New York, she was the daughter of the late Susie (Palmieri) and Jacob Goldblum. She was the wife of 47 years to Christopher Fiedler.

Janet was a graduate of Dean Jr. College in Franklin. She enjoyed years of dancing and studied ballet at the American School of Ballet in Manhattan for 12 years, until a knee injury ended her dancing career. While studying at the American School of Ballet, Janet graduated from Professional Children’s School for actors and performers. She was a former bookkeeper at Chapel Music Publishing Company. In her capacity as a bookkeeper, she filled the roles of, Accounts Payable, Royalties and Payroll Supervisor. After her marriage to Christopher, she moved to Massachusetts. She worked for the Waltham School System as a bookkeeper and then as the head secretary of the Plympton School. Most recently, she worked for the Holliston schools as head secretary at the Miller School and then Placentino School.

Besides her husband, she is survived by two daughters, Kimberly and Jacqueline Fiedler; her sister, Deborah Felner of Paramus, NJ; three grandchildren, Hannah, Gabriella and Graham; as well as her nephews, David and Matthew Felner.

Visitation will be held on Saturday, December 11th from 3:00-5:00 p.m. at the Chesmore Funeral Home of Holliston, 854 Washington St. www.ChesmoreFuneralHome.com Interment will be held privately with family. In lieu of flowers, donations may be made to lungevity.org, Lung Cancer of America, https://lcfamerica.org/