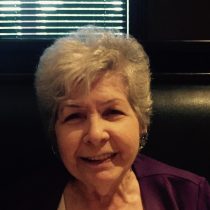 Upon her retirement, Esther was a CNA at Dell Manor Nursing home in Rockland. She had also worked at Outpost Farm in Holliston for many years. Esther was the last survivor of her 21 siblings. She was a giving woman who appreciated everything and loved her family. She was a great cook, enjoyed reading, playing cards, singing in the choir, and dancing.

A graveside service will be held on Monday, April 10th at 12:00p.m. at Sacred Heart Cemetery in Milford. In lieu of flowers, donations in her memory may be made to Islamic Center of New England, 470 South St, Quincy, MA 02169. Arrangements are under the care of the Chesmore Funeral Home of Holliston. www.ChesmoreFuneralHome.com