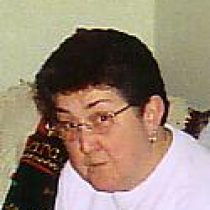 Hopkinton – Edith Mary (MacArthur) Long, 64, of Hopkinton, died Friday, April 22, 2005 surrounded by her family, after a long battle with cancer.
Born in Natick, she was the daughter of the late John and Beatrice (Pilkington) MacArthur.
“Edie” worked for Electronic Designs, Inc. originally based out of Hopkinton for more than seventeen years and was a founding member of Gamma Psi, a part of Beta Signa Phi Sorority, which just celebrated its 35th anniversary. Her favorite pastimes were camping at Wakeda Campground in Hampton Falls, New Hampshire with her dog Busta and her lifelong friends, Bev and Dave Powers, as well as being an avid fisherwoman and beachcomber.
She is survived by her daughter, Daphne Martin of North Grafton; her son and daughter-in-law, Jason and Kimberly Long of Northbridge; four grandchildren, Sarah, Jennah, Nicholas and Troy; her brother, Richard MacArthur of Arkansas and sister, Avis Lyco of Maine. She was predeceased by her son, Gerard “Jed” Henry Long, III; her sister, Jacqueline Ames and brother, William MacArthur.
Services will be held Wednesday, April 27 at 10:00 a.m. at the Chesmore Funeral Home, 57 Hayden Rowe St., Hopkinton. The Rev. Ernst Batton will officiate.
Calling hours will be Tuesday from 4:00 – 8:00 p.m.
Flowers may be sent to the funeral home or memorial contributions may be made in memory of Edith Long to benefit the Cancer Center at the Massachusetts General Hospital, Development Office, 100 Charles Rive Plaza, Suite 600, Boston, MA 02114.