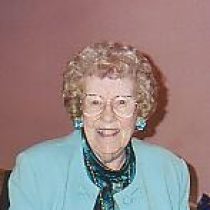 Westborough, MA – Dr. Josephine A. Dolan, 91, died December 4, 2004 at
the Willows in Westborough, MA.
Born in Cranston, RI, she was the daughter of the late Thomas and Josephine
(Tynan) Dolan.
Raised in Lawrence, MA she was known to her friends as “Jo”.
Jo received her RN degree at St. John’s Hospital in Lowell, MA and received
college degrees from Boston University. She joined the faculty of the
University of Connecticut in 1944 and taught there for 35 years as a professor
in the School of Nursing.
Jo received an honorary doctorate from Rhode Island College and also an
honorary doctorate from Boston College. She authored “Dolan’s Nursing in
Society”, one edition of which was translated into Japanese. Jo recorded her
nursing history classes live on film for the University of Minnesota. She was
active in the National League for Nursing and was elected to the Who’s Who
of American Women. She was a charter member of MU Chapter of Sigman
Theta Tow International Honor Society.
The University of Connecticut established the Museum of Nursing History in
Jo’s name, using her collection of nursing artifacts, books and documents. In
2003, a former student of Jo’s, Dr. Tara Upreti, established a nursing school
in Katmandu, Nepal, naming it the Josephine A. Dolan School of Nursing.
Jo lived in Holliston, MA from 1989 to 2000, and had been active in working
with senior wellness groups in the MetroWest area. For the past four years
she had resided at the Willow of Westborough in Westborough, MA.
She is survived by her brother, Thomas J. Dolan and his wife, Claire of
Westborough, MA, family members Claire Dolan-Shahkar and her husband,
Mehran and their children, Shahien Dolan-Shahkar and Atessa Shahkar of El
Sobrante, Ca; Joan Dolan Allard and her husband, Roger of Hopedale, MA;
Deirdre Dolan Marsh and her husband, David and their daughter Lindsey
Marsh and her fiancee, Derek Malouin of Cumberland, RI, Elizabeth Dolan
Roberts and her husband, Arthur of Ashford, CT. She was the sister of the
late Mary M. Dolan who died in 1983.
A mass of Christian burial will be celebrated at St. Mary’s Church,
Washington St., Holliston Tuesday, December 7 at 10:00 a.m. Burial will
follow in St. Francis Cemetery, Providence, RI.
Calling hours, at the Chesmore Funeral Home, 854 Washington St., Route 16,
Holliston will be Monday from 4:00 – 7:00 p.m.