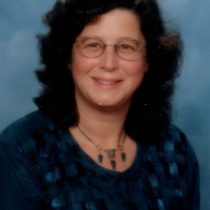 Celebration of life will follow the service at 447 Central Street

Diane K. Burris-Dunham, 58, of Holliston, passed away on Thursday, April 27, 2017, after a courageous battle with cancer. Born in Hartford, CT, she was the daughter of the late Kathleen (Farnsworth) and Robert Burris. She was the wife of 27 years to Michael D. Dunham of Holliston, and is survived by two daughters, Caitlin and Becca Dunham, both of Holliston.

Diane was a Special Education Administrator and teacher for the Newton Public Schools. She taught at other school systems including Northborough-Southborough and Needham throughout her over 30 year career. Diane was very family oriented, and took great pleasure in being a mother. In addition to being a loving wife, mother and friend to many, Diane loved her students. She dedicated her life to helping her students, who she cherished so much.

Besides her husband and daughters, Diane is survived by her siblings, John Burris of Halifax, Tom Burris of Hull, and Janet Cohen of Burrillville, RI. She also leaves behind many close family friends including James Fleming, Zachary Ward, Albert Darcy & Tammy Balboni, her mother-in-law, Joan Dunham of Avon, NJ, a sister-in-law, Mary Dunham of Neptune, NJ, a brother-in-law, Stephen Dunham of Alexandria VA along with his wife Elise and many nieces and nephews. The family would like to thank those who took tremendous care of Diane, including her team of specialists from Dana Farber.

A memorial funeral service will be held on Saturday, May 20th at 12:00 PM at the First Congregational Church of Holliston. A celebration of Diane’s life will follow the service at 447 Central Street Holliston. In lieu of flowers, donations may be made to Dana Farber Cancer Institute or to Best Buddies International. Arrangements are under the care of the Chesmore Funeral Home of Holliston, www.ChesmoreFuneralHome.com.