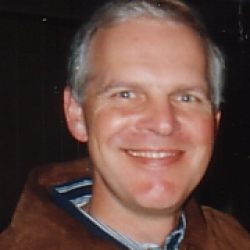 Born in Worcester, a son of the late Wilho and Elizabeth (Wheeler) Frigard, he was a resident of Holliston for the past 23 years.

Besides his wife, he leaves three sons, Aaron E. Frigard of Boston, Samuel E. Frigard of Oakland, Calif., and Nathan E. Frigard of Holliston; a sister, Linda R. Barringer and her husband, John H., of Oakham; two nieces and a nephew.

A memorial service will be held Friday, Aug. 16, at 10 a.m., at the First Congregational Church, Washington Street, Holliston. The Rev. Richard G. Leavitt and the Rev. Andrea Wyatt will officiate.

In lieu of flowers, memorial donations may be made to the Wayne R. Frigard Memorial Fund, c/o Fleet Bank, 747 Washington St., Holliston, MA 01746.