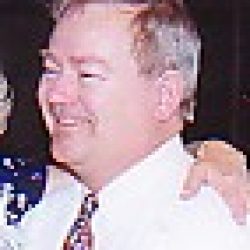 Alfred Joseph Patrick, JR., 61, of Holliston died expentently, Monday, August 5, 2002, at his home.
Born in Worcester in 1941 he was the son of the late Alfred J. and Harriet L. (Knight) Patrick. He was the husband of Linda H. (Carlson) Patrick of Holliston.

He was a Sgt in the Army during Vietnam. He had graduated from Northeastern University in 1965 with a BS BA in accounting and studied in the Co-op plan. He had also played hockey for the Huskies. He was the president of MLS Greater Boston Real Estate Board in 1994.

In Lieu of Flowers donations in his memory may be made to The Joslin Diabetes Center, One Joslin Place, No. 620, Boston, MA 02215.
.