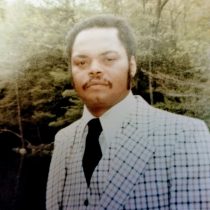 Willie J. Smith, 78, of Milford and formerly of Bedford, MA, passed away Monday, December 30, 2019 at Genesis Milford Center. Born in Mobile, Alabama, he was the son of the late Delma (Butler) and Booker Smith.  He was the husband of the late Claudia (Emerson) Smith who passed away July 2003.

An Army Veteran, Willie was a graduate of Tuskeegee University with a degree in electrical engineering and held an MBA from Suffolk University. Willie moved from St. Louis to Bedford, Massachusetts with wife Claudia, where he worked at Raytheon Corporation in Bedford to help develop missile guidance systems.  He worked briefly at the MIT Research Corporation in Burlington, Massachusetts before taking on a position at Analytical Systems Engineering Corporation (ASEC) in Burlington.  At ASEC, he rose from engineering project manager, working on such projects as missile defense systems for the Government of Saudi Arabia, and was eventually chosen as Vice President of the company.

He was a member of the Frank W. Thompson AFAM Masonic Lodge in Bedford. He was on the Board of Trustees at Middlesex Community College in Bedford.  He taught curriculum at Middlesex Community College, Northeastern University, and Suffolk University.  He was also the Director of Administration in the Essex Correctional Facility in Middleton, Massachusetts.

Visitation will be held on Saturday, January 4th from 2:00-5:00 p.m. at the Chesmore Funeral Home of Hopkinton, 57 Hayden Rowe St. www.ChesmoreFuneralHome.com A Masonic Service will follow at 5:00 p.m. in the funeral home. Interment will be held privately. In lieu of flowers, donations may be made to Dementia Society of America, https://www.dementiasociety.org/