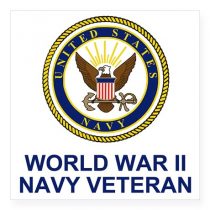 William S. Peaslee, Jr., a lifelong resident of Woodville and a proud WW II Veteran, passed away peacefully on Saturday, March 11, 2017 at the age of 90. He was the husband of the late Lois (Hiltz) Peaslee, with whom he shared 66 years of marriage and father of the late Kenneth D. Peaslee. He is survived by his daughter Beverly Mulkey and her husband Robert of Northborough and his son William A. Peaslee and his wife Laurie of Westborough. He was the playful grandfather to Roberta Oehley of Hudson and Ashley Mulkey of Northborough; great-grandfather of Isabella, Emma, Rylie and Kaylee, whom referred to him as the “tickle monster.”

Born on March 7, 1927 in Framingham, MA, he was the son of the late William and Sarah (Mortimer) Peaslee. He was the cousin of the late Marguerite Peaslee, for whom the Peaslee Elementary School in Northborough, MA is named. Bill left Worcester Trade School to join the U.S. Navy in May of 1944 and served until his Honorable discharge in May of 1946. During that time he was stationed in the Philippines as a “Motor Machinist’s Mate, Third Class.” He was awarded the World War II Victory Medal, American Theatre Medal and the Philippine Liberation Medal.

Bill started out working for contractors, building homes on Singletary Lane in Framingham and building the model homes at New Seabury, in Mashpee, MA specializing in finish carpentry. He then became self-employed in the siding, windows, gutters and door business as well as renovation projects for family and friends. Throughout this time he was an incredible mentor to all that worked for him. Over the years while raising his family with his wife Lois, he was a member of the Woodville Rod and Gun Club, the Woodville Improvement Association, Kiwanis Club and a volunteer fireman. Bill loved tinkering in his shop in “the Barn”, bowling in a Friday night league, enjoying his self-built cottage in Dennisport, MA, camping with family and friends, water skiing and boating on the lake in NH and a good card game. In his later years he enjoyed spending the winters in New Smyrna Beach, FL with his wife Lois.
Visitation will be held on Sunday, March 19 from 2-5 pm at the Chesmore Funeral Home of Hopkinton, 57 Hayden Rowe St. www.ChesmoreFuneral-Home.com