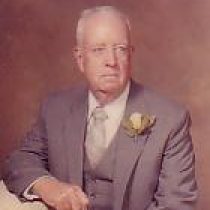 William R. McKenzie, 96, of Holliston, died Saturday, August 11, 2007 at the Medway Country Manor. Born in Gloucester, he was the son of the late William E. and Margaret E. (Brophy) McKenzie. He was the husband of Lizzie Phillys (Mate) McKenzie of Holliston.

A Holliston resident since 1964, he was a member of the St. Mary’s Church in Holliston. Mr. McKenzie was a Civilian Auditor for the U.S.A.F. until his retirement in 1971. During WWII, he worked for the Civilian Inspector General’s Office, making 26 trips to Europe as well as N. Africa, Iceland, Baffin Islands, Azores and Greenland. He was an inspector on the Manhattan Project and the recipient of the Civilian Meritorious Service Award.

Besides his current wife, He is survived by 3 sons, William R. McKenzie Jr. of Lincoln, RI., Stephen McKenzie of Cranston, RI., and Peter D. McKenzie of Medway, MA. He also leaves 2 grandchildren, Brian McKenzie and Lisa Rose O’Connor and 1 great-grandchild, Brendan O’Connor. He is predeceased by his first wife, Sarah Jane (Castle) who passed in 1978 and his second wife, Ethel (Donovan) who passed in 1989.

A graveside service will be held on Thursday, August 16, 2007 at 10:45a.m. at St. Patrick’s Cemetery in Lowell. In lieu of flowers, donations may be made to the Visiting Nurse Association of Milford, 25 Birch St. Milford, MA. 01757. Arrangements are under the direction of the Chesmore Funeral Home of Holliston. www.chesmorefuneralhome.com