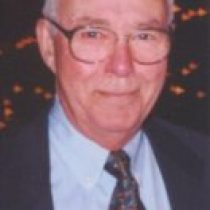 William F. Homan, 79, of Bourne and formerly of Holliston, passed away
Friday, March 1, 2013. Born in Lynn, he was the son of Florence
(MacDonald) and Earl Homan. He was the devoted husband of 52 years to Anna
Kathleen (Gilbride) Homan of Bourne.

Besides his wife, William is survived by his four children, Kathy Valentine and her husband Peter of Milford, Bill Homan and his wife Paula of Medway, Maureen Hedvig and her husband Dennis of Franklin, and Debbie Zanella and her husband Vinny of Milford. He was the loving grandfather of 8 grandchildren, Kevin and Meghan Valentine, Sean, Caroline, Kyle, and Colin Hedvig and Leigh-Anne and Nicholas Zanella. He also leaves behind a brother, Jim Homan and his wife Phyllis of Lynn. He leaves many nieces and nephews, and a lifetime of friends. He is predeceased by a brother John Homan.

Visitation will be held on Monday, March 4th from 4-7 p.m. at the Chesmore Funeral Home of Holliston, 854 Washington St. (Rt. 16) www.ChesmoreFuneralHome.com A funeral mass will be celebrated at St. Mary’s Church of Holliston on Tuesday at 10:30a.m. Burial will follow in
Lake Grove Cemetery in Holliston. In lieu of flowers, donations may be made to American Heart Assoc., 20 Speen St Framingham, MA 01701 or heart.org