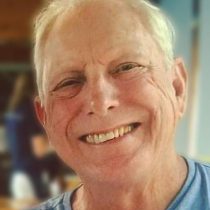 William Conroy, age 79, from Medway passed away on May 21, 2021 after a courageous fight against lung disease. Bill was born in Roxbury on April 4, 1942 to the late Edward and Dorothy Conroy. He was preceded in death by brothers Edward, Arthur and James and sister Dolores. He is survived by his loving wife, Lynne (Koulopoulos); daughters, Kristin Conroy and her partner, David Krongard, Elizabeth Conroy and her husband, Eric Christoffersen and his sister, Ellen McCarthy and husband, Daniel McCarthy.

Bill was a proud graduate of Boston Technical High School. He joined the US Air Force in 1959 and served four years, three years in beautiful Madrid, Spain. He attended college while in the Air Force and continued after being discharged. He obtained degrees in Electrical and Electronic Engineering from The Franklin Institute of Boston and Northeastern University. He started his career as a technician and worked his way up to supervising telephone engineers selecting fiber optic products. After taking early retirement, he worked as a Data Analyst for Network Engineering Consultants.

Bill was a great supporter of Medway High School sports. He enjoyed his conversations with athletes, coaches and athletic directors. A few years back, he was an Assistant Coach for the track throwers.

Bill loved telling stories about his days in the Innitou Ski Club and adventures sailing with his buddies. Most of all, he loved spending time with his family. Bill was an amazing husband and father and always supported his family in every way possible. They have amazing memories of yearly vacations in Ogunquit, Maine, spending time on the beach and walking the Marginal Way.

A funeral service will be held on Saturday, May 29th at 10 a.m. at Christ the King Lutheran Church in Holliston. Arrangements are under the care of the Chesmore Funeral Home of Holliston, www.ChesmoreFuneralHome.com In lieu of flowers, donations can be made to the campership fund at Camp Calumet PO Box 236 West Ossipee, NH 03890 https://www.calumet.org/