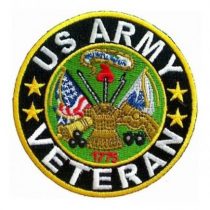 William “Bill” C. Champion, 72, of Medway passed away on Monday, September 4, 2017 at home surrounded by his family. Born in Providence, RI, he was the son of the late Geneva (Twist) and William Charles Champion. He was the husband of ten years to Paulette (Baril) Champion of Medway.

An American Patriot, Bill spent several years in the U.S. military during the Vietnam War. He often spoke of his time with great fondness and supported veterans and American causes throughout his life. From Las Vegas “boy’s” weekends, cruises to the Caribbean, and countless trips to Georgia, Bill loved to share his experiences and travels with his family.

In addition to his wife, Bill is survived by his two sisters, Nan DiNitto and Sonya Masso; his two sons, David and William Champion and grandsons Ian and Steven Champion. Bill also leaves behind his step-children, Luc and Corinne Lafayette as well as many family and friends who remember him for his laughter and love of New England sports; especially the Patriots and Red Sox .

Visitation will be held on Friday, September 8th from 9:00-11:00a.m. at the Chesmore Funeral Home of Holliston, 854 Washington St. (Rt. 16) www.ChesmoreFuneralHome.com A funeral service will follow visitation in the funeral home at 11:00a.m. Burial will be held privately with family at a later date. In lieu of flowers, donations in his memory may be made to the Wounded Warrior Project. Bill’s family would like to offer a special thank you to the Staff and Nurses of Salmon Hospice for the care they provided to Bill.

“Courage is being scared to death and saddling up anyway.”  – John Wayne