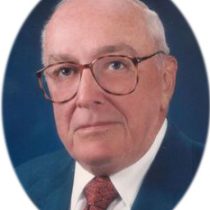 William “Bill” H. King, 86, passed away after a brief illness April 18, 2010 at Treasure Coast Hospice surrounded by his family. Born June 22, 1923 in Boston, MA, he has resided in Stuart for 23 years, coming from Caracas, Venezuela.

Bill was a Financial Vice-President for General Electric and spent 23 years of his career in Argentina and Venezuela. He retired after 37 years of service with GE. He was a member of St. Joseph Catholic Church in Stuart. Bill was an Army Air Force veteran of World War II. Bill was past president of the American Chamber of Commerce in Buenos Aires; Society of the River Plate in Buenos Aires; and the Yacht and Country Club in Stuart. He received his Bachelor’s degree from Amherst College.

Visitation will be held on Friday April 23, 2010 from 5 to 7 pm at the Chesmore Funeral Home, 854 Washington St. Holliston, MA www.ChesmoreFuneralHome.com. A funeral mass will be celebrated at St. Mary’s Church of Holliston on Saturday at 9 am followed by burial in the parish cemetery. In lieu of flowers, memorial contributions may be made to Hope Rural School, 15929 SE 150th Street, Indiantown, FL 34956.