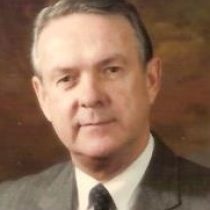 Mr. Walter G. Haas, 87, passed away peacefully at his home with his loving family by his side. Walter was born on March 24, 1929 in Cleveland, Ohio a son of the late Walter J. Haas and Mildred (Kihm) Haas. He was a loving husband to Marian (Dowd) Haas, whom he married on April 29, 1950. Together they celebrated fifty-five years of marriage before her passing on February 26, 2006.

Walter was raised and educated in northern Ohio, graduating from Willoughby High School in 1946. He also attended Case Western University. Walter began his career in the steel industry as a salesman for Hamilton Steel, then A.M. Castle before relocating to Lyndhurst, New Jersey as sales manager at A.R. Purdy in 1960. In 1965 Walter began work at United Steel and Aluminum in Hartford, Connecticut first as the Executive Vice President, then President and CEO. Under his leadership, United Steel and Aluminum experienced significant growth and success. He was instrumental in the industry by holding leadership positions in the National Association of Aluminum Distributors (NAAD) over the years. He retired from United Steel in 1995.

In retirement, he played a critical role in the development of Rising Star Equestrian Center in Medway, MA, and for the last 20 years has been an essential presence in its day-to-day operations.

Walter Haas’ educational, service, and board affiliations over his lifetime reflected his passion for helping people: Boston Catholic Charities, Samaritan’s of Cape Cod, Archdiocese of Hartford, Connecticut, The Cape Cod Conservatory and the National Shrine for Our Lady of La Salette.

One of Walter’s many passions in life was boating. He had many sailboats over the years and sailed extensively throughout New England and the Caribbean. His last boat, his beloved Eight Bells, was a lovely wooden lobster yacht in which he was able to happily cruise the beautiful Maine coast with family and friends for many years.

He is survived by two sons, Walter J. Haas II of Mansfield and Robert D. Haas of Whitinsville, and by three daughters, Mary Louise Fidrych of Westford, Janet Hall of Chapel Hill, NC, and Kathleen Ogonowski of Dracut. He is also survived by his sister Margery Esborn, by three brothers, Robert Haas, William Haas, and John Haas, by his sister in law Helen Haas, and by eleven grandchildren, five great-grandchildren and many nieces and nephews.

Walter was pre-deceased by his brother, James Haas and his brother in law, Torsten Esborn.

Relatives and friends will be received at the CHESMORE FUNERAL HOME, 854 Washington St. Holliston, Ma. on November 11th from 4:00pm to 8:00pm. His funeral will take place on Saturday at 12:30pm at the Funeral Home to be followed by a Funeral Mass at the St Mary Church in Holliston at 1:30pm. Interment will follow in St Mary Cemetery, Holliston. Memorial donations may be made in his memory to Archdiocese of Boston Catholic Charities, 51 Sleeper St., Boston MA 02210. For condolences or directions, please go to www.ChesmoreFuneralHome.com