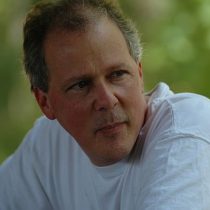 Celebration of Life: Friday, June 14th 3:00 p.m. at Hopkinton Center for the Arts

Walker was a kind, honest, generous, talented, patient and loving family man who had a brilliant mind, and a witty and dry sense of humor. He had an insatiable desire to learn. Playing and studying the piano and other instruments were Walker’s passions. His interests were many and varied including music, nature (especially birds), art, history, gardening, reading, photography, hiking and travel. He enjoyed attending jazz, classical, rock ‘n roll and folk music concerts. Vacationing in Eastham, MA, Cape Cod, was a favorite as well as trips to France, Italy, England, Scotland, Canada and throughout the US. He felt fortunate to visit Israel several times over the past few years through his work. With his family and friends, he was an enthusiastic fan of the Boston Red Sox.

A proud graduate of Cornell University, Walker received a BS, Electrical Engineering Degree in 1980. He received a Master’s in Business Administration Degree from Boston University in 1986, and a Certificate in
Piano Performance from New England Conservatory of Music, School of Continuing Education in 2005. Walker’s career spanned more than 40 years in the semiconductor business in the Boston, MA area. He was
accomplished in his field as a design verification engineering manager, technical leader and mentor. Most recently, he was Principal Engineer of Chip Design at Mellanox Technologies (formerly EZchip and Tilera Corporation). At Digital Equipment Corporation, he achieved the position of Consulting Engineer, and at Motorola, he received Distinguished Member of Technical Staff. He began his engineering career at Data General Corporation in 1980. Other work history included C-Port, ASIC Alliance and AMD Corporations.

Besides his wife and sons, he also leaves behind two sisters, Susan Withnell and her husband, Gary of Westminster, MD and Amy Adams and her husband, Tony of Boulder, CO; his in-laws, John T. Chinn and Ruth Sieber Chinn of The Villages, FL and formerly of Joppa, MD; and brother-in-law, John T. Chinn, II of The Villages, FL; several nieces, nephews, great nephews and cousins; his best friends and second family, Mark, Sheryl, Lydia, and David Bunker of Holliston, and the family cat, Riley.

A Celebration of Walker’s life will be held on Friday, June 14th at 3:00 pm at Hopkinton Center for the Arts, 98 Hayden Rowe Street, Hopkinton, MA Arrangements are under the care of the Chesmore Funeral Home of Holliston
(www.ChesmoreFuneralHome.com). In lieu of flowers, donations may be made to the Massachusetts Audubon Society: https://secure2.convio.net/mas/site/Donation2?idb=2048203590&df_id=3069&mfc_pref=T&3069.donation=form1&aut
ologin=true&idb=1892957834