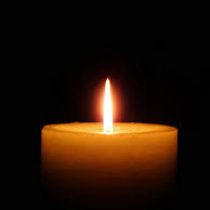 Timothy Rees Commerford, 21, of Holliston, passed away Sunday, May 7, 2017. Born in Boston, he was the son of Sarah (Scoble) and Liam Commerford of Holliston.

In his youth, Tim played for Demons Youth Hockey. A fiercely competitive and loyal teammate, Tim played his heart out for his coaches and his team alike. Often referred to as the “Energizer Bunny”, Tim had one speed on and off the ice. Later on, he learned the art of glassblowing from one of his closest and talented friends, and created beautiful decorative, jewelry, and functional pieces that he sold at art shows and to friends. Tim was quick-witted, smart, funny and irreverent. A complex young man, who always spoke his mind, he was fiery, passionate, and his untamed nature was larger than life. He was effervescent and lit up every room he entered. Tim lived life on his own terms, never bending to the norm. He loved and protected his family and friends fiercely, and although he often marched to his own drummer, home, his big brother Ian, and his parents were always his anchor. Tim loved animals of all kinds, especially reptiles and dogs. He was artistic, and a brilliant out-of-the-box thinker. Tim had recently begun to turn is life around, working  hard and, spending more time with family. His loss leaves a hole of epic proportions in the lives of all he touched. He was one of a kind.  He was our irreplaceable brother and son.

Besides his parents, Tim is survived by his brother, Ian Commerford of Holliston, his maternal grandmother, Elizabeth Gude and her husband Michael Drezer of Chilmark, Martha’s Vineyard; maternal grandfather, William Scoble, of Camden, Maine his  fraternal grandfather, William Commerford and his wife Kat of Boston; his aunts and uncles, Anna Madan and her husband Matthew, of Corinth, Vermont,  Clayton Scoble and his wife Laura, of Sommerville,  Tara Commerford, and his great-aunt, Elizabeth “Bb” Commerford, of Boston. He also leaves behind his cousins, Eve and Robin Madan and Finley Scoble.