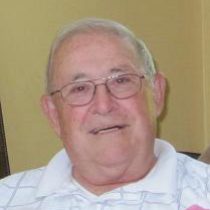 Timothy L. Richardson, 73, passed away Thursday, December 15, 2011 in Burleson, TX with his loving wife, Barbara by his side. Born in Fairfield, ME on October 20, 1938, he was the son of the late Theodore A. and Dallas (King) Richardson. Before moving to Texas, Tim was a resident of Holliston, MA for 47 years.

After growing up in ME, Tim joined the navy where he was a bosun’s mate on a destroyer. He was honorably discharged from the Navy in 1960. Shortly after, he met Barbara, originally from Skowhegan, ME and they were married on May 13, 1961. They moved to Holliston in 1963 and began a family a few years later. Timothy worked at Raytheon Company for 37 years as a Design Engineer.

Throughout his life, Tim enjoyed many activities. While his children were young, he was a soccer and Little League baseball coach. He was a dedicated parishioner of St. Mary’s Parish where was a C.C.D. teacher for many years, former president of the Mr. and Mrs. Club, member of the Adult Folk Group, and leader of the Youth Folk Group for 19 years. He enjoyed spending time with his golf buddies and especially with his loving, devoted family with whom he found great strength and pleasure.

A memorial service will be held 10 AM on Saturday Dec. 31, 2011 in Saint Mary?s Church of Holliston. A private interment will take place in the spring of 2012 with his family.

In lieu of flowers, contributions may be made to: Huguley Memorial Medical Center, in memory of Timothy Richardson, Attn: Laurie Evans, P.O. Box 6337, Forth Worth, TX 76115 or to the American Cancer Society.