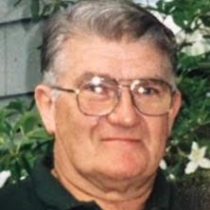 Thomas W. Alexander, 88, of Holliston, passed away peacefully on Monday, January 22, 2018. Born in Belmont, he was the son of the late Thomas S. and Eliza J. (Sheppard) Alexander.

Tom was the loving husband of the late Joanne M. Alexander for 55 years. Father to Thomas and his wife, Andrea, of East Falmouth, Scott and his wife, Toni, of Hopkinton, Bruce and his fiancée, Angela, of Belchertown, and his loving daughter and caregiver, Laurie Greenwood and her husband, Roger, of Milford.

He leaves behind his grandchildren, Nicci, Tommy, Scott, Paul, Brian, Emily, Jackie, Jonathan, Bryan, Ava, Sarah and Joshua; as well as his ten great grandchildren Sebastian, Max, Oliver, Cora, Tommy, Niko, Sloane, Forest, Lahna, and Ella Donna; his sister, Anne Smith and her husband, Edward. He was considered a favorite “Uncle Tommy” to his many nieces and nephews. Mr. Alexander is predeceased by his sister, Ellen Reid.

Tom was a Marine veteran and 63 year member of the Masons. He was an avid sports fan and enjoyed following the Holliston High School football program. After a lifelong career as a butcher, Tom enjoyed spending time and supporting his family, especially those that considered him “Grampa Tom”.