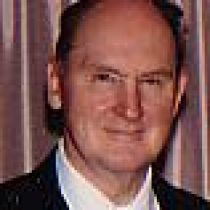 Holliston-
Thomas J. Caffrey, 81, of Holliston, died Saturday, April 16, 2005 at the Framingham Metrowest Medical Center. Born in Lanesboro, PA, he is the son of the late Melvin and Marie (Zeigler) Caffrey. A Holliston resident since 1965, Thomas was born and raised in Lanesboro, PA, and later also lived in Allen Park, MI. He was a Navy Veteran of World War II and served on destroyers the U.S.S. Hutchins, U.S.S. Markas, and the U.S.S. Wickes. He was a Chief Radio Technician in the Navy. He also worked at the Electronic Institute of Detroit as a technical instructor and later at Honeywell of Billerica as a technical writer.

He is survived by his wife of 56 years, Mary “Rene” (O’Connor) Caffrey of Holliston, 3 daughters, Christine Endy, Nadine Chapman, and Maureen Caffrey, 4 sons, Thomas J. Caffrey Jr., John Caffrey, Philip Caffrey, and Peter Caffrey. He is also survived by 19 grandchildren and 10 great-grandchildren, and his siblings, Melvin Caffrey and Ann Caffrey.