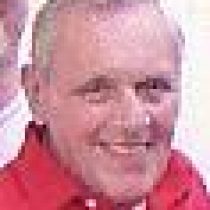 He was the husband of Margaret “Peggy” (Petrilli) Colacchio. They had been married for 47 years. He had been a resident of Holliston since 1964.

Born in Boston, he was the son of the late Anthony and Josephine (Arimento) Colacchio.

He was a veteran of the Korean War serving in the U.S. Air Force.

He had been an employee of Fenwal in Milford, then until recently worked for Sears Hardware in Ashland.

Mr. Colacchio had been an Auxiliary Police Officer in Holliston, coached Little League and was a member of St. Mary’s Church.

Beside his wife he is survived by his sons, Tommy G. Colacchio and his wife Deborah of Bellingham and Paul A. Colacchio of Long Beach, CA; a daughter, Felicia A. Fahey and her husband William of Ashland; a brother, Anthony Colacchio of FL; a sister, Madeline Tentindo of Peabody; six grandchildren, Heather, TJ, Tyler, Nicole, Kristin and Alexis.He is predeceased by his sister Mary Jarvis