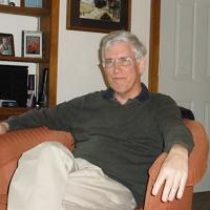 Terence Michael Brosnan (Terry), 56, of Hopkinton, passed June 14 2010
peacefully at home surrounded by his loving family. He touched the lives
of many with his tremendous spirit, kindness and generosity. The son of
the late Robert Emmett and Irene Brosnan, Terry was born and raised on
Long Island. He attended Boston College and received his master’s degree
from Boston University before settling in the Boston-area. At the time of
his illness, he was the CFO of PeopleCube in Framingham. He enjoyed
playing and watching sports, exploring the New England area and above all,
being with his family.

He loved his family unconditionally and is survived by his beloved wife
Rebecca, his son Conor and his daughters Erin and Kara. He saw the
engagement of his daughter Erin to Russell Luiz and of his son Conor to
Siobhan Skowronek. He also leaves behind his brothers Robert of VA,
Michael of NH, sister Elizabeth Brown of OR and 13 nieces and nephews.

A funeral will be held at St. John’s Church in Hopkinton, MA on Monday,
June 21, 2010 at 10:00am. Arrangements are from the Chesmore Funeral Home
of Hopkinton. www.ChesmoreFuneralHome.com In lieu of flowers, donations
can be made out to the Terence Brosnan Memorial Scholarship Fund c/o
Sovereign Bank, 66 Main Street, Hopkinton, MA 01748.