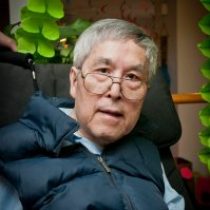 *Please note, if you are sending flowers, please refrain from sending spider mums as there are allergies to the pollen in the family.

Tack Wai Ng, 78, of Enfield, Connecticut, passed away Tuesday, January 6, 2015 at Vibra Hospital after a period of declining health. Born in Hong Kong, he was one of ten children to the late Yim and Hi Ng. He was the husband of Betty Lai Wah (Fu) Ng.

Tack was a dutiful husband and father. Prior to forming his own family, he was also above and beyond in his care of his siblings, often taking on a paternal role. He loved his family dearly, working hard to provide until his retirement from Northeast Utilities working on hydro- and nuclear power stations. Tack was a professional nuclear and mechanical engineer, and took great pride in excelling in his field. Tack had the honor of earning a national award “Engineer of the Year” with the American Society of Mechanical Engineers.

Besides his wife, he is survived by three children, Elsie Smits and her husband Patrick of Holliston, Kelvin Ng of Boston, and Marvin Ng and his wife Kelly of Londonderry, NH. He also leaves behind 3 grandchildren, Kaiya Smits, Gavin Ng, and Jasmine Ng.

Visitation will be held on Saturday, January 10th from 9:30-11:15a.m. at the Chesmore Funeral Home of Holliston, www.ChesmoreFuneralHome.com, followed by a service in the funeral home at 11:15a.m. Burial will follow in Lake Grove Cemetery in Holliston. Donations may be made to Fund for UNICEF, 125 Maiden Ln, New York, NY 10038 or unicefusa.org/giving