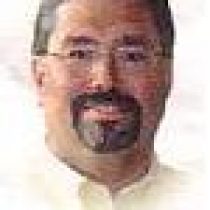 Scott Mario Casassa, 51, of Hopkinton, died unexpectedly, Sunday, August 19, 2007 in Martha’s Vineyard. Born in Virginia, he was the son of Bruce Dan and Priscilla (Cheney) Casassa of Seabrook, NH. He was the husband to Arlene (Lemoncelli) Casassa of Hopkinton.

A resident of Hopkinton for 15 years, he grew up in Seabrook, NH and had formerly lived in Dallas, TX and Grafton. A member of St. John’s Church in Hopkinton, he worked at the Raytheon Company for 21 years and was currently a materials engineer in the Marlborough facility. He was a Hopkinton Youth Basketball coach. He graduated Cornell University and had also received his MBA from the Southern Methodist University in Dallas, TX. He also was an avid sports fan, loved going to BC sporting events and being with family

Visitation hours will be held on Thursday, August 23, 2007 from 4-8p.m. at the Chesmore Funeral Home, 57 Hayden Rowe St. Hopkinton. www.ChesmoreFuneralHome.com A mass of Christian Burial will be celebrated on Friday at 10:00a.m. in St. John’s Church in Hopkinton. Burial will follow at Evergreen Cemetery in Hopkinton. Donations in his memory may be made to HYB: Hopkinton Youth Basketball, P.O. Box 336, Hopkinton, MA. 01748