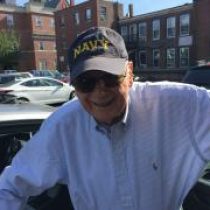 Saul Hamilton Auslander of Manhattan, New York and Ashland, MA died August 6, 2017 at 95. In 1945, he graduated from the U.S. Naval Academy at Annapolis and served in WW II & the Korean War. He later received an MBA from New York University, and served as a manager at several stockbrokerage firms in New York City such as Merrill Lynch and Dean Witter, and at Dominick and Dominick in Boston. In 1984, he joined the faculty as a professor of Accounting and Finance at Bridgewater State University in MA where he remained until he retired at age 89 as Professor Emeritus.