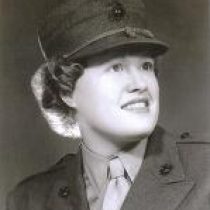 Rosemary Lynch, 73, of Hopkinton, died Tuesday, November 6, 2007. Born in
Chelsea, she was the daughter of the late George E. and Mary A. (McHatton)
Briggs. She was also the wife of C. Patrick Lynch of Hopkinton

A Marine Veteran from Aug 1952 to March 1954 during the Korean war, she
was a lifelong Hopkinton resident and member of Saint John’s Church.
Rosemary was involved with many groups including: the Catholic Women’s
Guild, Cub Scout Den mother for many years, Assistant Girl Scout Leader,
Hopkinton Democratic Town Committee, Hopkinton Historical Society,
Hopkinton 275th Anniversary Committee, Marathon Committee, Hopkinton water
and sewer committee, Housing Authority. She also helped with the start of
the concerts on the common and was part of the American Legion Post 202 in
Hopkinton and Post 59 of Milford.

Visitation will take place on Friday, November 9, 2007 from 4-8p.m. at the
Chesmore Funeral Home of Hopkinton, 57 Hayden Rowe St.
www.ChesmoreFuneralHome.com. A mass of Christian Burial will be celebrated
on Saturday at 10:00 am in Saint John the Evangelist Church in Hopkinton.
Burial will take place at Bourne National Veterans Cemetery at a later
date. Donations in her memory may be made to the Friends of the Hopkinton
Library, 13 Main St., Hopkinton, MA 01748