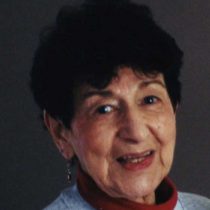 Rose P. Davis, 78, of Hopkinton and formerly of Holliston, died Saturday,
April 4, 2009. Born in Newton, she was the daughter of the late Domenico
and Lucia Bianchi. She was the wife of 41 years to the late Edward C.
Davis who passed in February 1999.

A Hopkinton resident for the past 3 years, she was formerly of Holliston
where she had lived since 1964. She lived her life on her own terms and in
the early days worked as a hairdresser. She also worked at WA Wilde Co.
in Holliston and was an avid reader and enjoyed cappuccino.

She is survived by 1 son, Charles Davis and his wife Robin of Gypsum,
CO., 3 daughters, Kathleen Iannetta and her husband Piero of Waltham,
Karen Marrazzo and her husband Sal of W. Newton, and Cheryl Asselin and
her husband Paul of Hopkinton. She also leaves behind her Aunt Rose Proia,
10 grandchildren, 5 great grandchildren, and many cousins, nieces and
nephews. She is predeceased by 3 siblings, Hugo, Dom Jr. and Eleana
Bianchi.

Visitation will be held on Tuesday, April 7, 2009 from 4-8p.m. at the
Chesmore Funeral Home of Hopkinton, 57 Hayden Rowe St.
www.ChesmoreFuneralHome.com A funeral will be held on Wednesday at
1:00p.m. at St. John the Evangelist Church of Hopkinton. Burial will
follow in Saint Mary’s Cemetery in Holliston. In lieu of flowers,
donations may be made to Dana Farber Cancer Institute, 44 Binney St.
Boston, MA. 02115