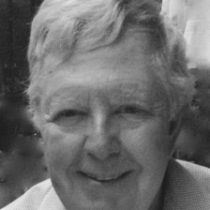 Memorial Celebration to be held at a later date

Roger Neal Mezitt, 72, of Hopkinton, passed to the next dimension Saturday, September 23, 2017. Born in Newton, he was the son of the late Edmund V. and Wally (Brahilt) Mezitt.

For most of his life, Roger was employed by his family’s business, Weston Nurseries.  He attended Hopkinton High School, Cheshire Academy in Cheshire, CT, Cornell University, and Franconia College in Franconia, NH. Roger loved all things in nature, especially plants. He had a special affection for cats. He enjoyed spending time at his cottage in Sandwich, MA. He was an avid reader of history and philosophy and loved to travel.  He and his wife traveled to many corners of the world. He was especially fond of the Caribbean Islands where he enjoyed his favorite hobby, scuba diving. Roger served the Town of Hopkinton in several capacities: the Appropriations Committee from 1987 – 1993, (chairman 1990-1993) and the Historical Commission.  He was a former president of the Hopkinton Historical Society and member of the board of directors of Tower Hill Botanic Garden.

He leaves his beloved wife of 45 years, Merylyn (Jerome) Mezitt, brother-in-law Raymond Jerome of Hopkinton, nephew Michael Sterling Jerome, of Steamboat Springs, CO an uncle, Henry Lymon Bralit of Sequim, WA, his brother, R. Wayne Mezitt and his wife, Beth, of Hopkinton, several nieces and nephews, grand nieces and grand nephews, and two cousins, Glenn and Peter Russett of Wareham, MA.  He will be greatly missed by many friends.

A memorial celebration will be held at a later date. In lieu of flowers, donations may be made to the Hopkinton Historical Society, PO Box 423, Hopkinton, MA 01748. Arrangements are under the care of the Chesmore Funeral Home of Hopkinton, www.ChesmoreFuneralHome.com