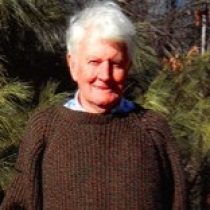 Robin Michael Chambers, 86, of Chelmsford MA, and recently Milford passed away on Thursday, September 24, 2020. Born in Turvey, England, he was the son of the late Mollie Eileen (Gregory) Chambers and Howard Wilson Chambers. He was the husband of the late Lorraine (Bartaby) Chambers.

Robin was a world traveler, having traveled to all continents, with the exception of Antarctica. He was a paratrooper in the British Army and was stationed in Egypt. He enjoyed a lifelong love of the game of Rugby. First playing, then coaching followed by refereeing. When he could no longer keep up with the players, he evaluated referees. He was an avid gardener and an animal lover.

Robin is survived by two children, Robert Chambers of Stratford, CT and Alison Corin and her husband, Jeffrey of Holliston. He also leaves behind his grandchildren, Josh Corin, Jillian and Shawn Chambers, and his beloved dog, Aggie.  He is predeceased by his brother, Jack Chambers.

Visitation will be held on Friday, October 2nd from 10:00am- 12:00 p.m., followed by a brief memorial and a few words from the family. In lieu of flowers, donations may be made to your local animal shelter, or to the Audubon Society. Arrangements are under the care of the Chesmore Funeral Home of Holliston, www.ChesmoreFuneralHome.com.