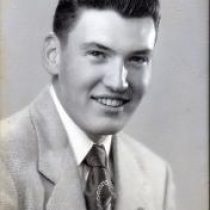 Robert M. Kirby 77 of Holliston, MA passed away Monday, August 15, 2011. Born in Framingham, he was the son of the late Charles and Viola Kirby. He was the former husband of Betty Kirby of Marlborough.

Robert owned his own trucking Business and painting company and enjoyed spending time at the ocean fishing and clamming with his sons. He was a resident at Mission Springs in Holliston for many years where he enjoyed the community vegetable garden he helped create, as well as many life long friends. Robert was an avid brass collector, who was very interested in old and rare collectables. He was a cat lover. He also loved a good cigar.

He is survived by his son Shawn Kirby and his wife Michelle of Bellingham, a brother David Kirby and his wife Dorothy of FL, a nephew Steve Kirby and former sister in-law Edwina Kirby. He is predeceased by his sons Bobby, Michael and Mark and his granddaughter Brianna. He also leaves behind many grandchildren and many dear friends.