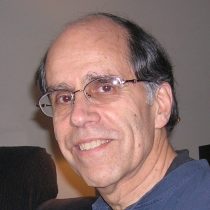 Private Interment. Memorial Service to be held at a later date.

Robert Kyrka, 71, of Holliston, passed away Tuesday, July 21, 2020. Born in Framingham, he was the son of the late Marion (Tassey) and Kosta Kyrka. He was married to his wife, Pamela (Stevens) Kyrka, for almost 49 years.

Bob loved animals and practiced as a veterinarian for over 30 years in both Weston and Wayland. He was a long-time, active member of the First Congregational Church of Holliston. He was an avid runner and marathoner and could often be found biking, hiking, and kayaking with his wife, Pam. He loved music, playing the guitar, and spending time with his family.

In addition to his wife, Bob is survived by his children, Morgan Stevens Kyrka and his partner, Katrina Eichorn of Amesbury, and Kristin Stevens Kyrka and her husband, Joshua Johnson of Seattle, WA. He also leaves behind his brother, John Kyrka of Natick, his granddaughter, Hazel Kyrka-Johnson, and his beloved cat, Peanut.

Interment will be held privately with family. A memorial service will be held at a later date. In lieu of flowers, donations in Bob’s memory may be made to the MSPCA – Angell or the Alzheimer’s Association. Arrangements are under the care of the Chesmore Funeral Home of Holliston.