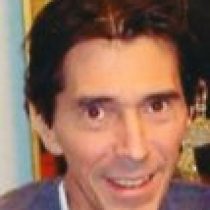 Robert E. Clark, 57, of Holliston, passed away Monday, March 10, 2014 after fighting a courageous battle with cancer. Born in Japan, he was the son of Fujiko “Suzi” (Suzuki) Clark of Holliston, and the late Ernest W. Clark Jr.

Robert, a finish carpenter, was fun loving and a happy going man. He enjoyed camping with his son Stephen and his friends and took pride in watching his grandson Anthony play baseball. He also enjoyed Hockey and a variety of sports.

Besides his mother, he is survived by two children, Stephen Clark of Cranston, RI, and Jessica Clark and her fiance David L’Etoile of Milford. He also leaves behind his brothers, Richard Clark and his wife Jennifer of Uxbridge, Thomas Clark and his wife Jennifer of Indianapolis, Indiana; 2 grandchildren, Anthony and David L’Etoile Jr. and many aunts, uncles, cousins and his nieces and nephews, Andy, Danny, Billy, Ryan and Marri.

Visitation will be held on Friday, March 14th from 4-7p.m. at the Chesmore Funeral Home of Holliston, 854 Washington St. www.ChesmoreFuneralHome.com followed by a service in the funeral home at 7:00p.m. In lieu of flowers, donations may be made to Dana Farber Cancer Inst. And the Jimmy Fund P.O. Box 970025 Boston, MA 02297