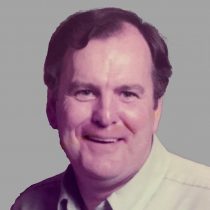 Robert Charles Dalton, 80, of Taunton, passed away Tuesday, July 21, 2020 at Good Samaritan Hospital in Brockton, after a brief battle with cancer. Born in Boston, Massachusetts he was the son of the late Mary (Barr) and William Francis Dalton. He was the loving partner of 27 years to Janis Tyler.

Bob is survived by his children, Shannon (Dalton) and her husband Stephen Giordano of Holliston, James Dalton and his wife Lisa of Melrose, and Tracey Tyler of Taunton, as well as his beloved grandchildren, Nathan and Owen Giordano and Kelsey and Patrick Dalton. Bob is also survived by his sister Catherine Castanino of Bridgewater, and brothers, Daniel Dalton of Taunton, and Kevin Dalton of Marshfield as well as many nieces and nephews.

Bob attended Boston English High School and Brockton High School, as well as attending classes at Northeastern University. He spent his career as Distribution Manager in multiple companies including Corona Curtain Company of Cambridge, CollegeTown/Pant-her of Randolph, MASCO of Boston, and AliMed of Dedham. Most recently he worked at Wegman’s in Westwood.

While raising his children in East Bridgewater, Bob coached his son through the years in Little League and was an active music parent, supporting his daughter in her many musical and theater endeavors.

As the son of Irish immigrants from County Tipperary and County Donegal, Bob shared his love of Irish music with his children and grandchildren. The most important thing to him was spending time with his family. He also loved cheering for the former Boston Braves (because he could get in for free as a young newspaper boy in the 50s) and more recently the Red Sox.

A memorial service will be held at a later date. In lieu of flowers, donations in Bob’s name may be made to St. Jude Children’s Research Hospital.  Arrangements are under the care of the Chesmore Funeral Home of Holliston.