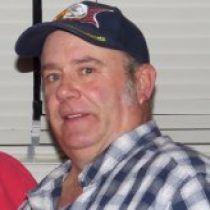 Robert Allen Duchaine, 64, of Norton, passed away June 2, 2015 at Rhode Island Hospital in Providence. Born in Burlington, VT, he was the son of the late Ruby (LaRock) and Allen Duchaine. He was the husband of 31 years to Lillian “Lil” (Chapman) Duchaine of Norton.

Robert was a truck driver for many years, before working for 26 years at Dennison Manufacturing in Framingham. He was a proud Navy Veteran and served on the USS Lexington. He enjoyed the Red Sox and all New England Sports Teams. He loved his truck as well as playing the lottery and camping along the Cape Cod Canal.

Besides his wife, he is survived by his three children, Richard Sullivan and his wife Lisa of Norton, Kelly Rodrigues and her husband Paul of Taunton, and Shannon Duchaine of Norton. He also leaves behind his siblings, Bonnie Brace, and Ted, Tim and Allen Duchaine and four grandchildren, Kelsey, Conor, Adam and Jillian.

Visitation will be held on Sunday, June 7th from 2-5p.m. at the Chesmore Funeral Home of Hopkinton, 57 Hayden Rowe St. www.ChesmoreFuneralHome.com A funeral service will take place on Monday, June 8th at 10:30a.m. in the funeral home. Burial will follow in Evergreen Cemetery in Hopkinton. In lieu of flowers, donations may be made to Wounded Warrior Project, www.woundedwarriorproject.org or P.O. Box 758517 Topeka, Kansas 66675