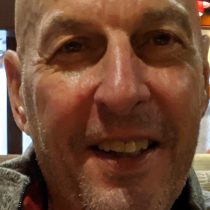 *The family kindly requests that masks be worn

Richard S. Smith Jr., 77, of Holliston, passed away at his home with his family by his side on Sunday, October 17, 2021. Born in Framingham, he was the son of the late Margaret (Murtagh) and Richard Smith Sr. He was the beloved husband of 47 years to Sandra (Lawton) Smith of Holliston.

Richard was better known as, Dick, Smitty, Dad, Gampy/Ga, and Tricky Dicky. If you saw him, he’d greet you with a handshake that turned into a hug, never leaving a place he didn’t make friends with. If he wasn’t holding his beloved wife’s hand, it was only because he was dribbling up and down a basketball court. His greatest joys were his family, gardening, and just living life. No distance was too far to get a bite to eat, listen to a band, all the while taking the scenic route. He loved spending time with the love of his life, Sandy, being on the coast of Maine exploring the way life should be. Next time you think of Dick- smile, have a drink, give a smile and wave, cheer a little louder at a game, as he would!

Besides his wife, Richard is survived by his children, Lisa James of Virginia Beach, VA, Lara Smith of North Carolina, Amanda Janulewicz and her husband, Kenny of Worcester, and Bradford Smith of Portland, OR. He also leaves behind five grandchildren, Brittany, Renee, Logan, Tegan, and Caden; his great-grandchildren, Finley, Kannon, Jaxson, and Hunter, his sister-in-law, Diane Smith, as well as many nieces and nephews. He is predeceased by his brother, Walter Smith.

Visitation will be held on Thursday, October 21st from 4:00-5:30 p.m. at the Chesmore Funeral Home of Holliston 854 Washington St. www.ChesmoreFuneralHome.com A funeral service will follow in the funeral home at 5:30. In lieu of flowers, donations may be made to Ascend Hospice, 100 Locke Dr. Marlborough, MA 01752. The family kindly requests that masks be worn.