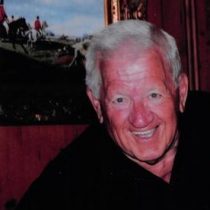 Services to be held at a later date

Richard N “Dick”  Teter, 83, of Bellingham, passed away suddenly in his home on Friday, April 24,2020. After living in a Reading, Pennsylvania Orphanage  until he was 17, he entered the U.S.  Navy, where he served as a Radio Man on The U.S.S Salem during the Korean War. After the war, he worked at Honeywell for 30 years as a Project Manager. In the 1970s, he started his own Business, V T A Entertainment, where he worked until his death.

Son of the late Bertha (Boyer) Feger and Freece Teter, he was the husband of the late Shirley Ann (Frappied) Teter. Richard is survived by his children, Rich Teter  and his wife, Karen of Harrisville, RI, Michelle Roy and her husband, Edward of North Attleboro; 2 Siblings, Kenneth J. Teter of Marlborough and Barbara Ann Thomas of St. Louis, MO, 3 grandchildren, Noel Teter, Zachary Roy and Robert Sassi. He is predeceased by two daughters, Vicky Sassi who passed away on April 1, 2020 and Wendy Teter-LeMay who passed in 2015; and his first wife, Frances Teter who passed in 2007.

Due to current restrictions, services will be held at a later date. Arrangements are under the care of the Chesmore Funeral Home of Holliston, www.ChesmoreFuneralHome.com .