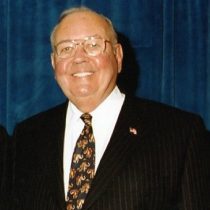 Ambassador Richard J. Egan, founder and Chairman Emeritus of EMC Corp. and
former United States Ambassador to Ireland, passed away Friday at his home
after a battle with lung cancer. He was 73.

Born in Dorchester, he was the son of the late Constance and Kenneth Egan.
Mr. Egan rose from humble roots to become a leader of the American
technology and business sectors, founding EMC in 1979 and turning it into
a global leader in data storage software and hardware with more than
40,000 employees worldwide.

Mr. Egan resided in Hopkinton for many years, until recently moving to
Boston and Boca Raton, Florida.

After graduating in 1953 from Boston Technical High School, he enlisted in
the U.S. Marine Corps at age 17, serving as a helicopter Crew Chief during
the Korean War.

After returning from service, Mr. Egan received his Bachelor of Science in
Electrical Engineering in 1961 from Northeastern University. He remained
dedicated to Northeastern throughout his life, serving as a Trustee for
many years. The university honored him and his wife in 1996 with the
naming of The Maureen and Richard J. Egan Engineering and Science Research
Center.

Mr. Egan did graduate work at MIT’s Draper Laboratory as part of the team
that developed the Apollo guidance system.

In 2001, Mr. Egan was appointed Ambassador to Ireland by President George
W. Bush, serving until 2003.

Mr. Egan supported numerous charities and causes throughout his lifetime,
such as the Boy Scouts of America, Children’s Hospital, UMASS-Memorial
Healthcare, and numerous educational institutions. He also established
the Hopkinton Technology for Education Foundation.

In remembering Dick, his wife Maureen said, “I am greatly saddened and
will miss him terribly, but he’ll always be with me.”

Family and close friends are invited to a memorial gathering on Wednesday,
Sept. 2 from 4-7 PM at the Orchard Barn on Country Way in Hopkinton. A
public service will be held Thursday, Sept. 3 with visitation from 4-5:30
PM at EMC Corporation, 21 Coslin Dr., Southborough, MA. A memorial
service will follow at 5:30 PM. Burial will be private. Arrangements are
under the direction of the Chesmore Funeral Home of Hopkinton.
www.ChesmoreFuneralHome.com