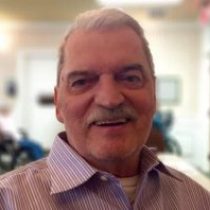 Richard A. Caisse, 77, of Hopkinton, passed away peacefully Saturday, March 5, 2016 after a courageous battle with cancer. He was surrounded by his loving family.

Born in Putnam, CT, he was the son of the late Gloriette (Bourque) and Alberic Caisse. He was the former husband of Barbara (Spencer) Powell of Englewood, FL and his first wife, the late Jeanette (Nadeau) Caisse.

Richard served for many years in the U.S. Navy during the Vietnam era as well as the U.S. Army Reserve. He was previously employed by the Hilsinger Corporation in Plainville, MA. He greatly enjoyed the outdoors, bird watching, woodworking, gardening and movies.

A private memorial service will be held with the family. In lieu of flowers, donations in his memory may be made to Dana Farber Cancer Institute, P.O. Box 849168 Boston, MA 02284 or www.dana-farber.org Arrangements are under the care of the Chesmore Funeral Home of Hopkinton, www.ChesmoreFuneralHome.com